Here it is: The Quintessential, Indispensable, De Rigueur and Involuntary Gear Post.

There isn’t much to be said when it comes to gear for us.  We love our gear, but the technical aspects of photography have never been what drew us to making art with a camera.  Art is about making you think or making you feel and for us its specifically about the human connections we photograph. So, when we say that gear isn’t important we don’t mean it doesn’t matter, we just mean that when we put our eyes to the viewfinder the gear on the front isn’t the most important thing in our minds. There is a great quote from the portrait photographer Sue Bryce: “Sharpness is never my priority, emotion is.”  That really says it all.  Sometimes we miss focus or the shutter is slow, those things happen, but if what happens in the frame is emotive and powerful and the mood is clear, that checks all the boxes that really matter.

I (Kelly) was formally trained photographer and studied art, art history and photojournalism at Michigan State University and Oakland University. So for me the physical aspects of photography, the dark room and shooting film, have always been appealing beyond just a nostalgic feeling.  The process of producing images on film, developing the negatives, using the enlarger to make prints, and dipping said prints in chemical bath after chemical bath to produce lasting images on paper — all of it is a physically cathartic experience for sure. But when it comes to our commercial work (primarily shooting weddings and portraits), we’ve been digital almost from the beginning because we like the flexibility of that medium.  We want to be able to shoot extra frames when we want to ensure we capture a moment or start editing the next day or use a higher ISO rather than OCF. It’s about freedom.  That’s not to say we don’t shoot with film.  They would take our flannel away from us and make us return our hipster cards if we didn’t at least dabble with it. 🙂 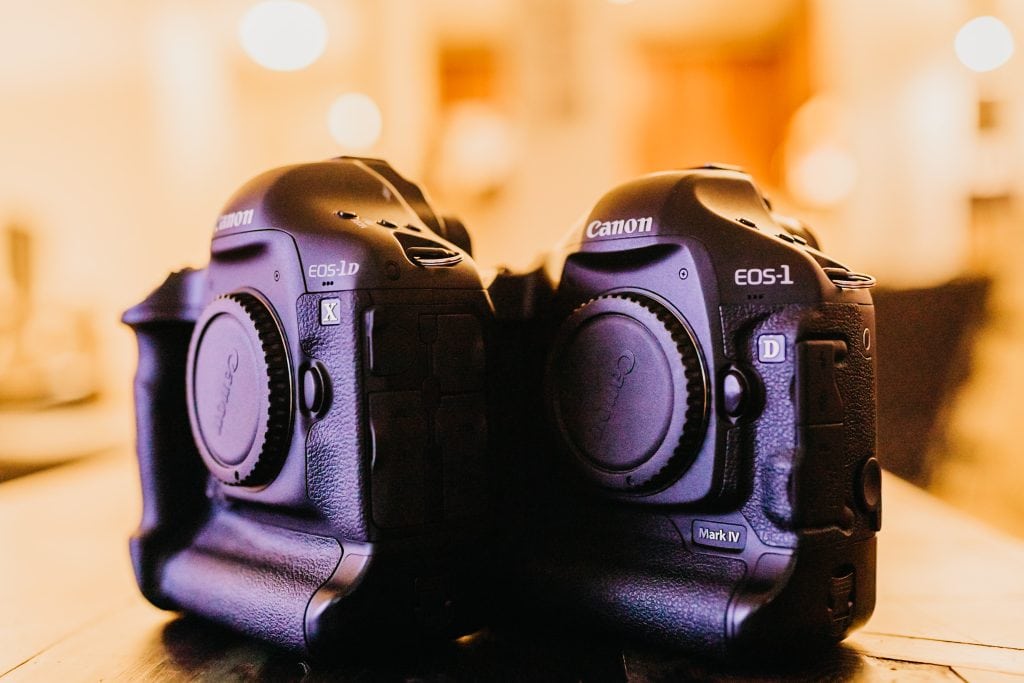 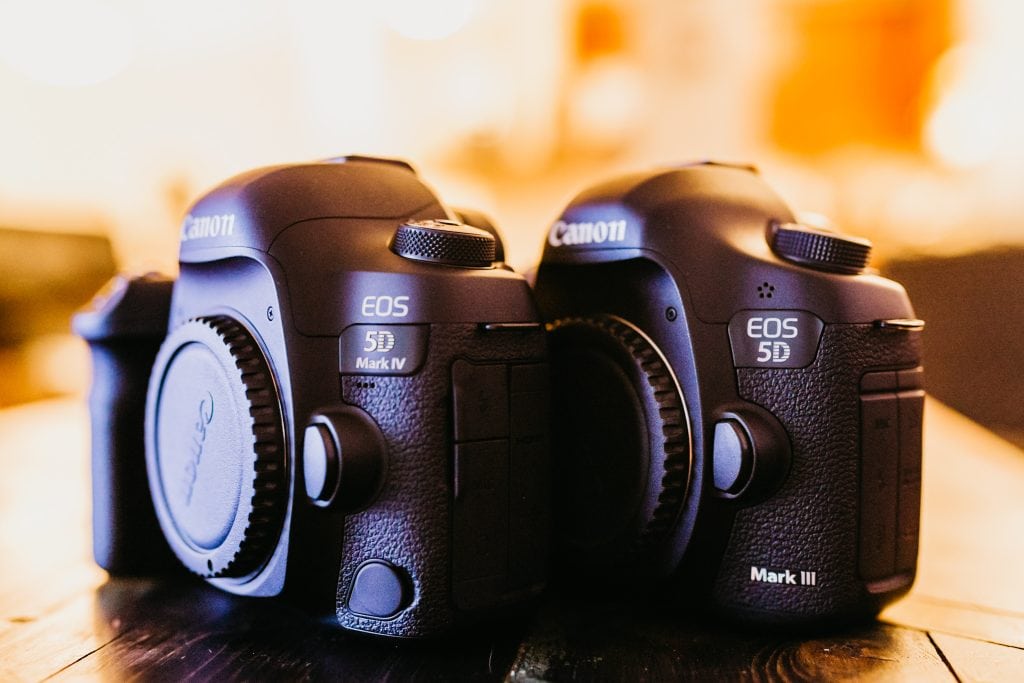 We’ve been Canon shooters since the beginning of all time. It has always been this way. We don’t remember why anymore.  But at this point changing things up would involve a level of effort we could not muster.  Everyone always says the Nikon D750 is a camera made for wedding photographers, but we think the 5D MK IV is potentially a game changer. The dynamic range on this thing is fantastic.  The detail you can bring out in the shadows on the Mark 4 is unreal.  That paired with the color and skin tones on the Canon cameras its really, really hard to not put it at the top of the food chain.

Trevor shoots the 1DX and 1D IV because he likes the battery life and rugged feel.  There is that old joke about Nokia cell phones that they’re indestructible. The 1D feels that way. He shoots with a Holdfast Money Maker and usually the Sigma 50mm and Canon 24-70mm so its a lot to lug around some times.  One of these days he will probably knock some kid out with one of these things…

Kelly shoots with the 5D III and 5D IV because the files are just soooo good looking. The dynamic range on the Mark IV is truly wonderful and the relative lightness to Trev’s 1D’s a nice perk. 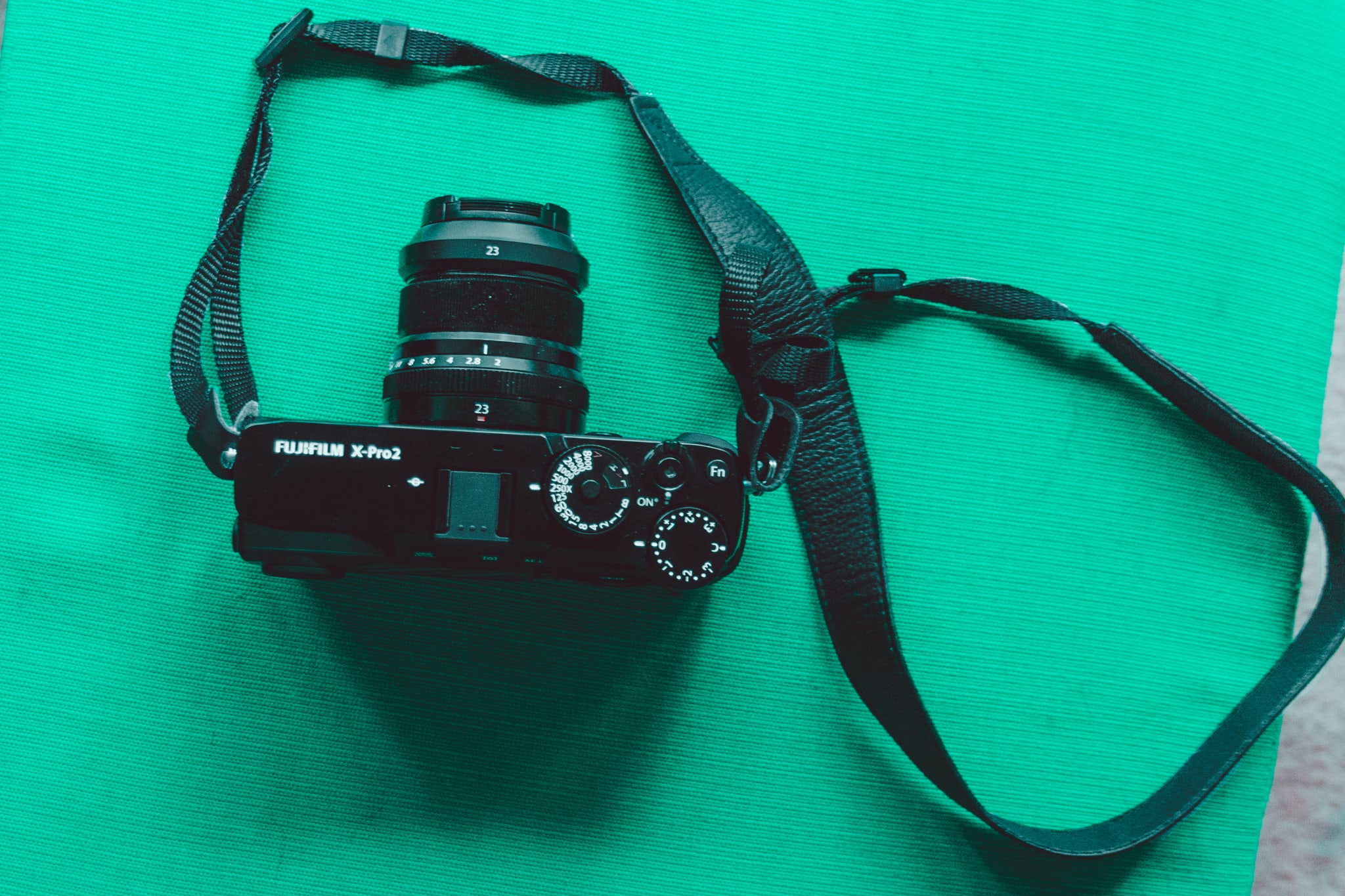 This thing is exotic and irrational and beautiful and fun. This mirrorless rangefinder is such a joy to shoot with that we literally get in fights over it.  The most fun place to shoot with this camera is during getting ready shots where we turn on the electronic shutter. That, combined with the jet black body lets us be ninjas. No one knows when we taking photos, you just keep viewfinder to your eye and because its a rangefinder, you can see way more than whats in the frame and you can walk around and take beautiful candid shots until your eyes bleed. 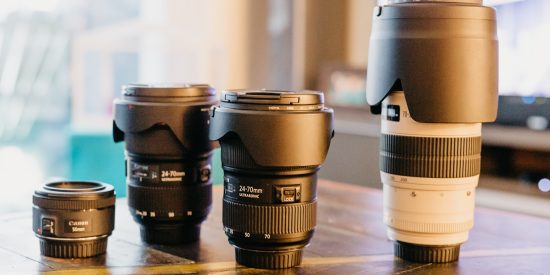 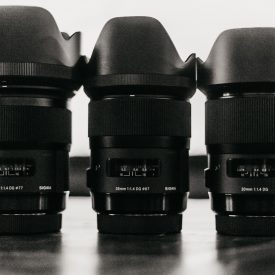 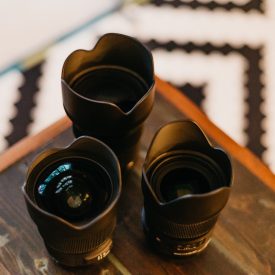 These are our standard walk around lenses. The L series glass is why people love Canon and these are great for sitting on the backup body just in case something comes up that we want some the ability to zoom a smidge.

Most wedding photographers will say they don’t need this lens, but we use it every single wedding and love it.  It’s great for during the ceremony when you want to stay unobtrusive. One of us will usually break it out for close up details during the portraits (or even portraits themselves thanks to the dreamy bokeh). The other place we use it a lot is during speeches and toasts. Because we are normally shooting together, having one of us watching the speaker and the other on the 70-200 sniping reactions and laughs is great.  Those shots are really integral to telling a story.

90% the same great tone and color quality as the L series in like a quarter of the weight.  This is usually out on engagement shoots or if we get tired of the weight of the Sigma lenses.

This lens is so much fun to shoot with.  I really love taking it out during getting ready shots where space can be tight and on the dance floor.  It gives such a photojournalstic quality to the images.

The aficionado’s lens.  The 35mm focal length is universally beloved because its the closest to the human eye.  This is almost always on one of our bodies, its just so natural to pick up and shoot.

There is a reason everybody (people on the internet) love the Sigma ART series and the 50mm is the crown jewel.  The Nifty 50 is already a beloved focal length and really everything you shoot on this is dream.  The focus is sharp as a tack and fast.  Everything to love and twice as heavy as it should be.  It’s seriously a rock in every sense.

This is the ultimate portrait lens.  It has a tremendously flattering way it shapes the light around the face and body.  This is true of any longer lens, and we can achieve the same result in the 70-200mm. But there is an easy about shooting primes, especially when you are taking portraits and the Sigma ART glass makes this such a joy.

We have two MacBooks (one is the new touch bar MB! – love it) and we live and breathe our Apple gear. The 5k glory of the LG Ultrafine series is what keeps us motivated to work from our home office and not from bed.

Dual camera harnesses are a back saver on the wedding day and you will usually get compliments on how cool you are for carrying two cameras like a boss.

This thing is such a workhorse. Yup it’s huge. Yup it’s heavy. But I know this thing is keeping our gear safe.  At receptions we can bring it in park it somewhere conspicuous (and locked!), confident no one could sneak out with our gear. Love this guy.

Import 4 cards at once and dump an entire wedding in less than 15 minutes. Nuff said.

That photo is a real thing of beauty

Thanks! BTW, just for the record, we don’t take the succulents with us while shooting.

Just kidding, of course we do. We are the creators of “succulenting” it’s where you hold a succulent in front of your lens to create some interesting foreground framing. It’s kind of like Sam Hurd and prisming, but waay less inventive or useful. 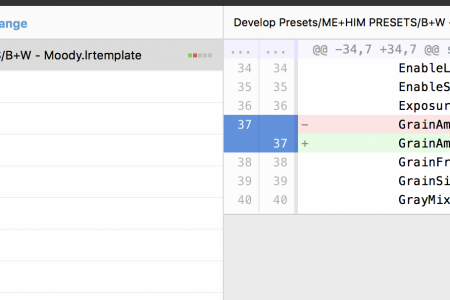 How to Sync Lightroom Presets Between Multiple Machines